My note taking style has developed.  Now I am taking notes during the lecture for use when listening to the audio tapes.  It can help me edit the sections, label them and as a listener watch out for certain topics.  I hope the reader/listener appreciates this adaptation.  Further, I’ve isolated a section ‘below the line’ on each page where I write my own thoughts as they are developing in response to the lecture.  These are for my future use in essays or developing the ideas further.

Note: had trouble with the audio this week.  It will appear below this space once I have finished editing it. 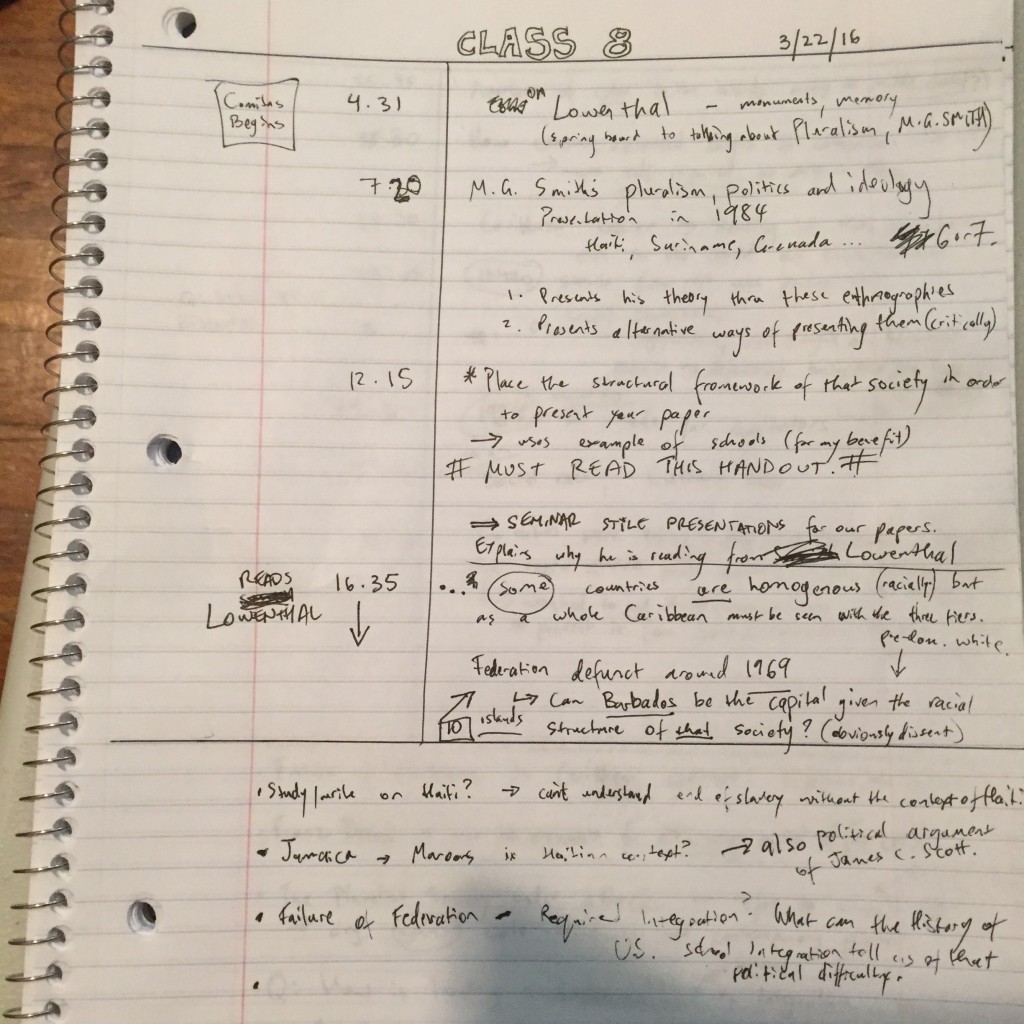 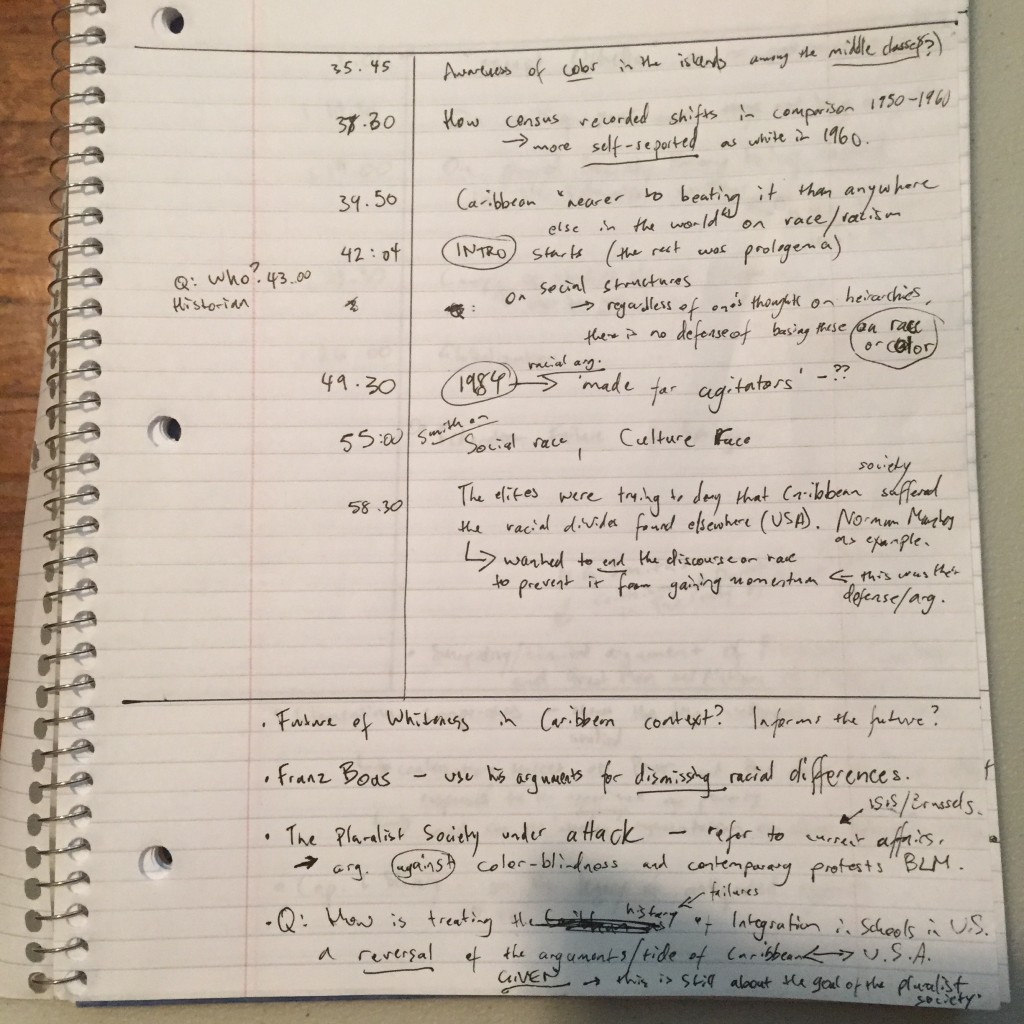 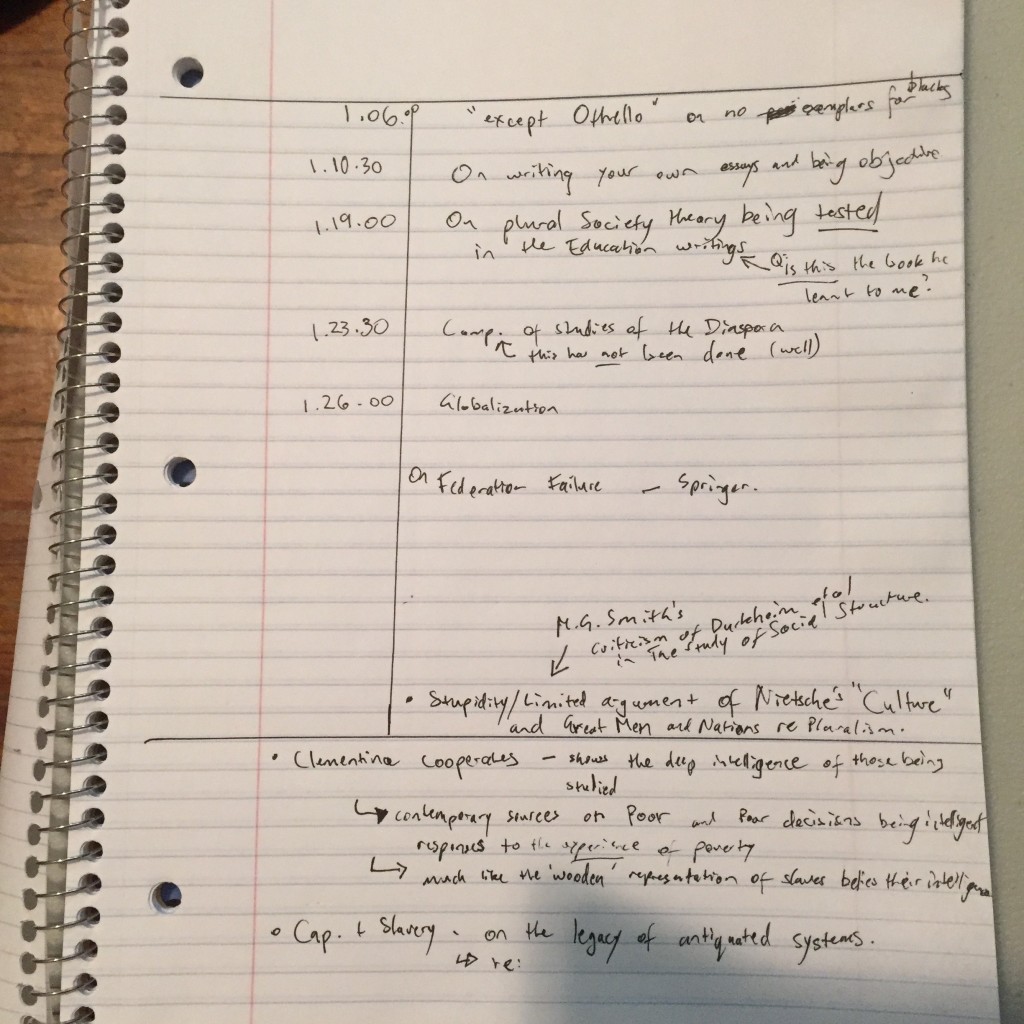 “You don’t have to accept the Plural Society, this is a position, every academic in those days is and are antagonistic to the idea…”