[I made lots of notes this week.  It was a good week.  My ideas were free-flowing.]

Issue – Comitas speaks both glowingly about the hard-working nature of rural Jamaicans, but also disparagingly about how glued they were to their collectivities

Q: China as a homogenous society? But isn’t this idea of a culture as a purity also what Smith based his pluralism in response to? As in -> even this homogeneity is a social construct?

Statecraft perspective (almost) legitimizes the actions of Kissinger etc in response to the failures of plural societies in the Caribbean.

–> When we hear attacks today on plural societies this is again what we are hearing = statecraft.  Which may lead inevitably to challenges against minority groups. 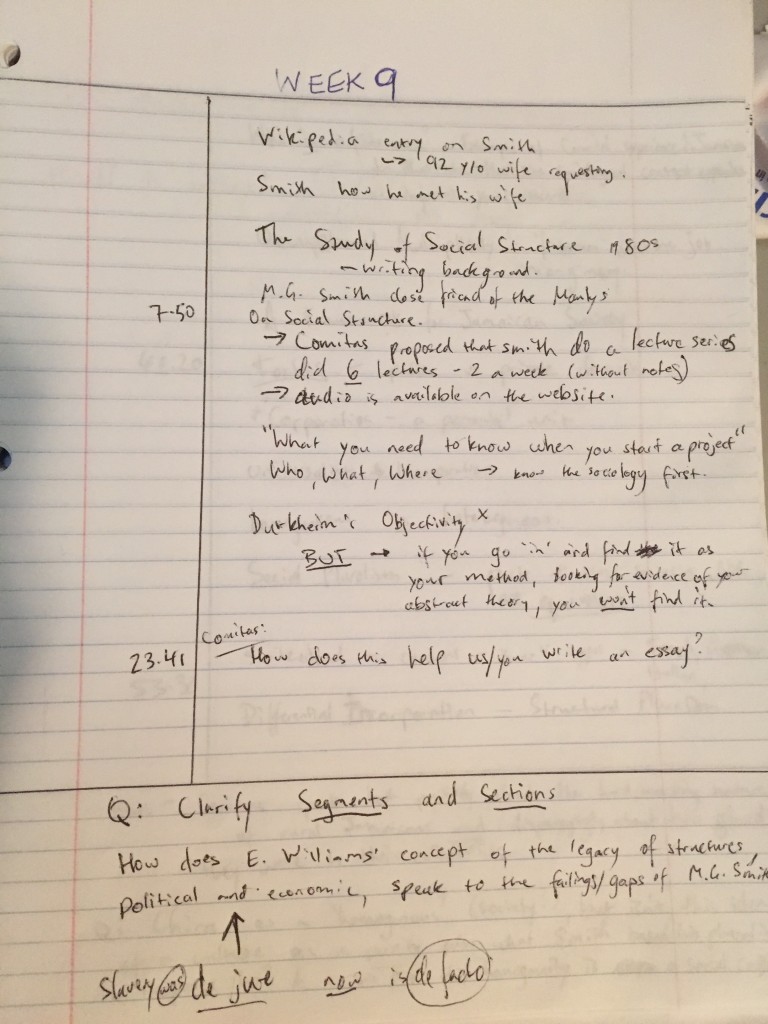 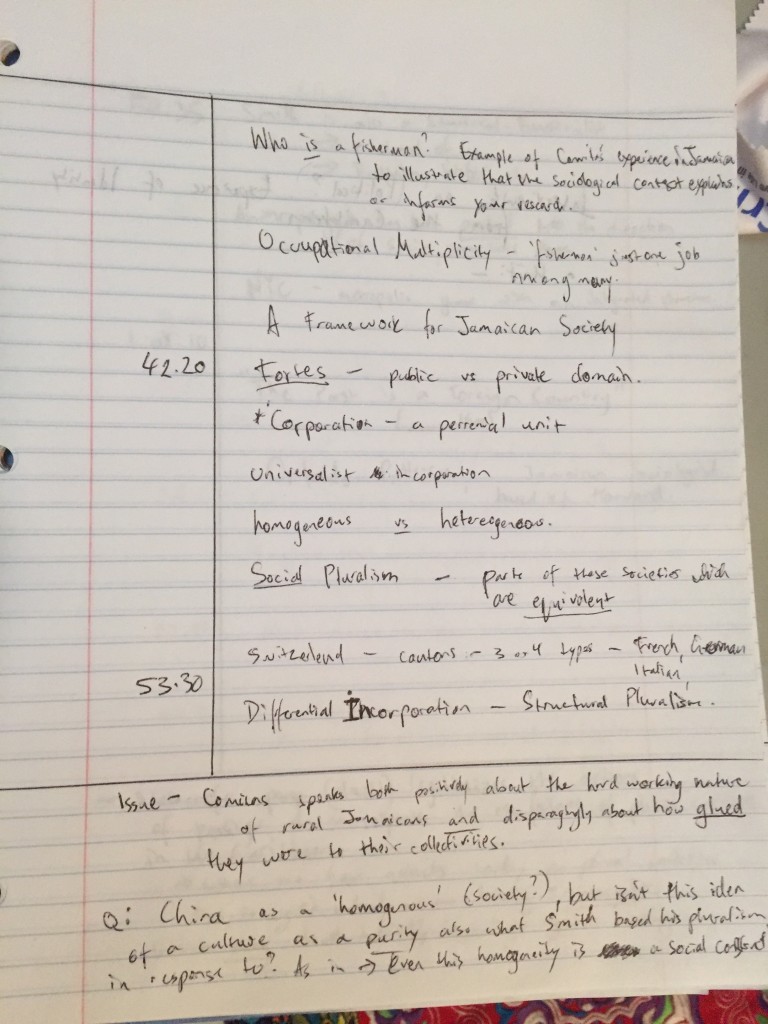 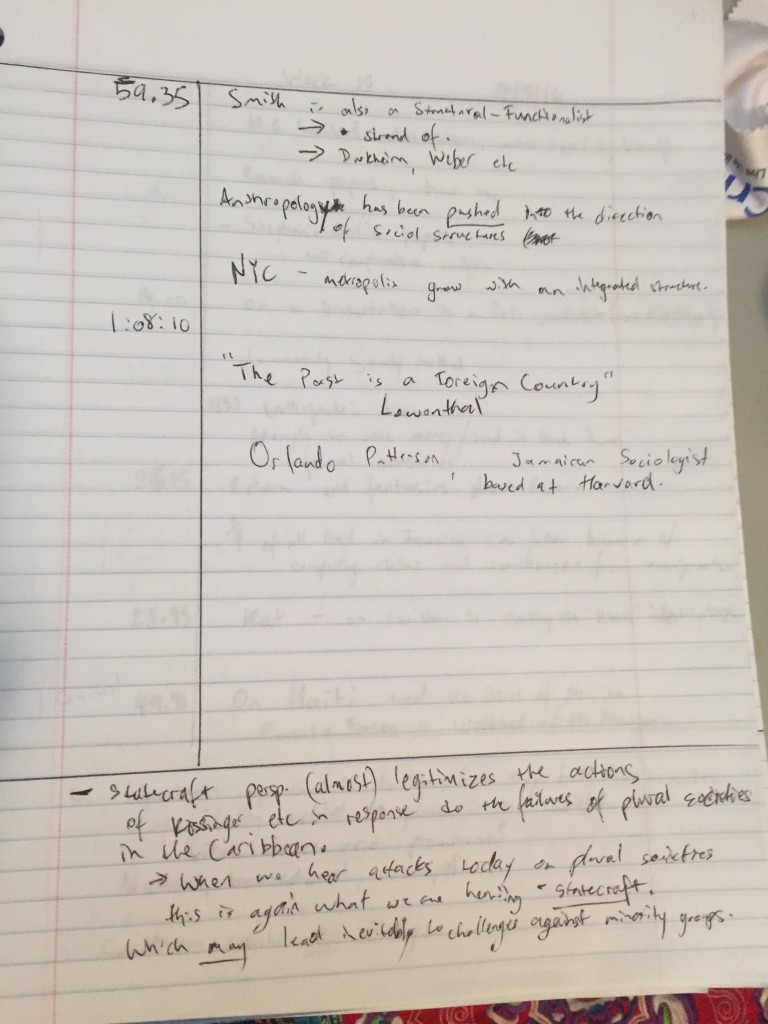