Today we spent most of the class discussing issues around the move towards a more robust conception of ‘Black Studies’, as a response to the transcript I made of Kemuel’s talk at the Black Student Network conference.  The general discussion started with me explaining what I understood to be the speaker’s position and intention and then giving my own perspective that perhaps this is a return to Unity that is found in the naming of an Oppressor-Oppressed or White-Black dichotomy.

Though I only mention(ed) Paulo Freire in passing, it brings the argument back to this problem that I have with Christopher Emdin, who in his book “For White Folks Who Teach In The Hood…” redefines urban youth of color as “neo-indigenous”.

Why is this a problem? It’s meant as a similar move to Kemuel’s in that it tries to bring a sense of unity to a divided group of urban students, to show them their commonality and to re-position their value.  This I do not object to, I champion.  The problem I have is found in Freire’s definition of people as those who have the ability to ‘tri-dimensionalize time’ (can see a past-present-future), and so have a sense of History (and so, a call to action).  Indigenous people, whose cultures prioritize a sense of Time as a continuous present, who discourage a tri-dimensionalality of time in their thinking, then become people without History, and by Freire’s definitions – non-people.

This is precisely why redefining Indigeniety by the experience of Oppression is an assimilationist move.  Though I had hints of there being something problematic about Chris Emdin’s use of the term, it’s only by revisiting the problems in Freire (the Master) that I can understand the problems of Emdin (the Disciple).  Using the Oppressed-Oppressor dichotomy whilst trying to apply it to the people (or, way of being) who lie outside of its definitions actually draws our attention to what is different about those of us with ‘History’ and those whose culture is a response to

Furthermore, from other discussions my own sense is this: That there are those who see in terms of the History (Marxist) model (both Oppressed AND Oppressors), and there are those who recognize in some way that the dichotomy only creates further toxic divisions (ad infinitum) and so choose to build a culture that rejects ‘playing the game’ of competition (of dichotomies).  In this way of thinking there are a number of things to consider.  Firstly, that the concept of ‘primitive’ is a direct result of the belief in History.  Go and read some books from the 19th Century and tell me that we are today, somehow, more advanced.  Secondly, perceived from the opposite, if we give credence to the idea of an eternal presence if only to prioritize Present, to disregard tri-dimensionality of time, then too there always-was people who perceived in terms of tri-dimensional time.  When looking at the cultural practices of ‘hunter-gather’ societies what stands out the most is the criticism or making fun of those who tri to accumulate wealth.  From the perspective of History, these hunter-gatherers are ignorant.  From the perspective of a culture of eternal Present, they know our game, they sometimes play it too, but they know it to be self-defeating.

A good way to ask the question is this: If Freirian Educators succeed and use the Historical power of the Oppressed’s experience of Oppression to liberate everyone, to bring us into a world where we are all fully-human, freed of the mutually dehumanizing experience that is the Oppressed-Oppressor dichotomy, what will become of History? Does History have an end? How would we live without History? My guess is that we would want to prevent a return to an Oppressive de-humanizing dichotomy and so we would probably develop cultural practices that acknowledged that potential within us whilst circumscribing responses that would prevent cultural back-sliding.

In short, we may find ourselves developing cultural practices that resemble those of Hunter-Gatherer societies. 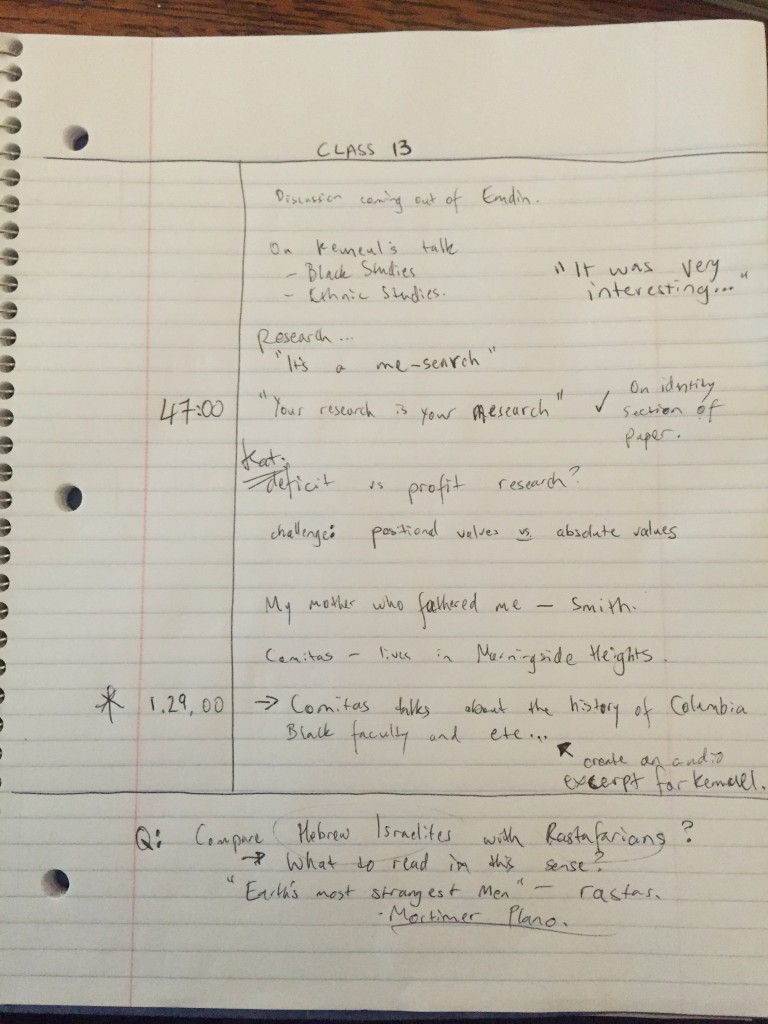